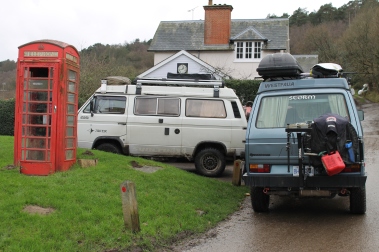 We will be returning in a few months for an extended stay in her Majesty’s Kingdom, and our initial stay was so short that literally everyone we met thought we were very cool. We head south riding the wave of much back-patting and a lot of cheers-ing, with plans of our eventual return-where there is much more time for things to go wrong.

The English ritual of tea would be comical if they weren’t so serious about it. It was almost always the first question asked of us by Englishman, and they always seemed to have a kettle at the ready. I learned very quickly that, ‘a little bit’ of sugar does not a clear cuppa order make. If we weren’t being served tea by basically every person that caught us standing still for more than two minutes, we were drinking pints in pubs. It is in pubs that we learned it seems to not only be accepted but actually encouraged to bring dogs and small children along for the ride. A willingness to bare your soul to a complete stranger but leave with their home address and the phone number of a first cousin in France is mandatory. 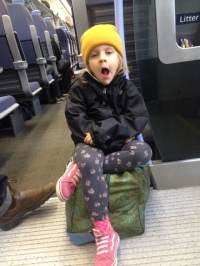 Whilst we were in London awaiting the arrival of our van, London’s transit system saw us to the final frontier and back. Within a day, Henley had perfected the perfect mime of, ‘Mind the Gap’ (which was very comical to us, but I’m sure incredibly obnoxious to locals), and was calling the subway, ‘the tube’. Carrying a car seat and duffle bags around London en route to picking up the very possession upon which rests the hopes and dreams of the upcoming year will illuminate the very darkest and deepest depths of your character. You have been warned.

We are going full-blown old school – laughing in the face of GPS and satellite navigation and relying solely on the ancient art of reading maps. As a result, we have been lost 96% of the time. But, as we really don’t have a clear destination, we don’t consider this to be a problem. This is a photo of the time we pulled a Bill Murray and drove down a private golf cart path on a very posh private golf course. No groundhogs were harmed.

There couldn’t possibly have been a better start to the trip. After a whirlwind tour of London with my loving mother and delightful uncle in the Finsbury Park area, we stayed for a few days in the Lower Clapton neighbourhood with Zac, a high school friend of Rob’s, and his lady friend Liz, who introduced us to our new favourite drink: Aperol, Perseco, and soda water. Almost immediately after picking up our van we met up with Jed, owner of Campervan Culture, and were hooked up and kitted out with some last-minute essentials. He took us exploring up some fun trails and proceeded to challenge the Canadian reign of crushing beers fire-side. He went above and beyond helping us sort out a propane issue that involved many combinations of adaptors, regulators, and valves, and I can’t vouch for his knowledge and good humour enough. Check out campervanculture.com and please support this wonderful human. Not 24 hours later we were invited into the home of Nic, who pulled over to say hello in his Syncro Doka. His family and hospitality were next level, and it was a pleasure meeting them. It reinforced to us that by and large, the people who own these vans are attracted to similar values and ideals: what a community.

Bexhill-on-Sea. The closest I have ever come to being swept off a cliff as I slept.

“When it comes to London, a little hospitality goes a long way”